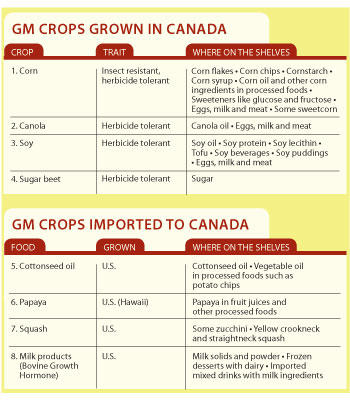 Based on CBAN, four GM crops are grown in Canada: corn, soy, canola and white sugar beet (for sugar processing). These are widely used as ingredients in processed foods. There is also now some GM sweet corn grown in Ontario and more could be grown in the future.